After studying physiotherapy in Amsterdam (graduation 1996), I worked in a private practice in Germany for six months before taking a position in England in a general hospital for two and a half years. After returning to the Netherlands, I felt a need for a further deepening of my practice and work, as I encountered limitations in physical therapy as a way of treatment.   It was in osteopathy that I found what I was looking for. The ideology behind the practice appealed to me as a logical and healthy approach: the practitioner looks upon the body as a self-healing, functional unit.

To become a qualified osteopath in Holland one follows a course of six years, which I did at Sutherland College in Amsterdam. I am a member of the professional associations NVO (Dutch society for Osteopathy) and NRO (Dutch Register for Osteopathy).

To further deepen my knowledge, expertise and skill in my work with babies and children, I have had a two year course in paediatric osteopathy at the Panta Rhei institute at Hoeven. 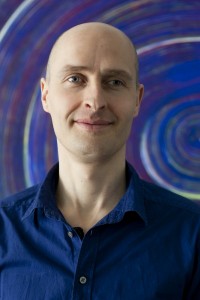